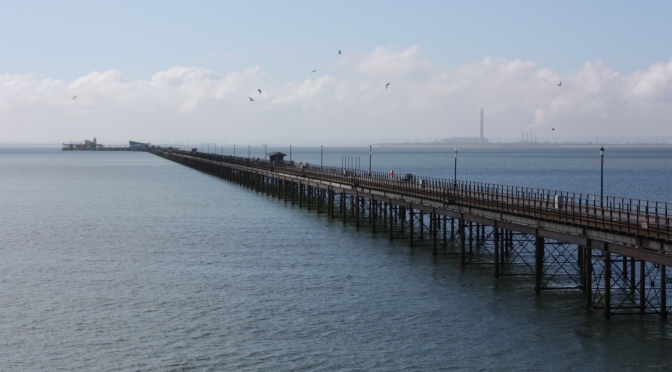 And so it begins…

This post marks the start of a walking project that will take me from Southend-On-Thames, where the mighty Thames meets the North Sea, to a field in Kemble which often – but not always – seeps a trickle of water which is generally accepted as the source of the Thames. The Thames is the longest river which flows entirely in England, and is something over 200 miles long. The walk will be a bit more than this as I will not be walking on the water itself, and the rules I have set are as follows:

But why this project? Well, I enjoy walking. It gets me out in the fresh air getting some exercise, taking photos and seeing new places. I enjoy walking in Yorkshire but certain people (you know who you are) told me off for wanting to do the Lyke Wake Walk again so I needed a new challenge. As well as being the longest English river the Thames has also been ever-present in my life since the age of ten, in different locations and for different reasons. Also I live quite near it about half way along, so it’s convenient.

Why now? Well, I haven’t prepared for this (other than looking at maps) but I know from experience that if I try and prepare I’ll never get around to it, so the plan is to just get on and do the first bit and take it from there. This is also why I am deliberately doing the first leg on my own; if anyone cares to join me on later legs, you’d be most welcome. However I have no desire to walk any of the route in the low temperatures, dense fog and horizontal rain that I have experienced in Yorkshire (on mid-summer’s day, by the way) in recent years so if I get up in the morning and don’t like the look of the weather, I’m going to go back to bed.

So that’s it… It’s online so now it has to happen. Wish me luck. And as time goes on maybe this will grow to be a blog of substance.