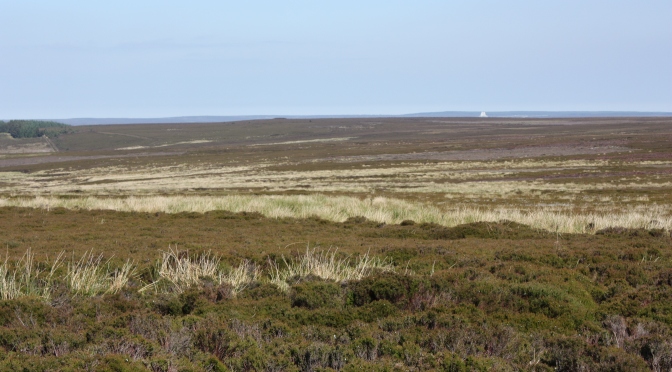 Early in 1977, in a classroom in Maidenhead, a callow youth raised his hand in response to a question from the Head of Upper School. Along with some of his classmates he thought it sounded like a good idea to attempt the Lyke Wake Walk. Just a 40 mile walk across the moors in less than 24 hours and you could get a badge shaped like a coffin. How hard could it be? Along with his classmates he embarked on a training regime. But being teenage boys, the training regime consisted of a single 40 mile walk. That completed, they were ready. But for reasons long forgotten the attempt was cancelled. But the callow youth did not forget. Unlike his classmates, Noel Churchill – for it was he – kept the Lyke Wake Walk alive in his mind. And annoyed other people by talking about it.

Some decades later, 3 men arrived in Osmotherly. The callow youth had grown into a broad-shouldered mature gentleman. OK… he’s a fat old man. But the dream is still alive and his brother-in-law, Russ, has listened to his whimperings and organised the trip for him. In the Queen Catherine, Russ knocked back a couple of pints of Tetley’s and a plate of lasagne and said let’s go. We made our way to the car park at the top of the reservoir, girded our loins and grouped ourselves by the Lyke Wake Walk stone.